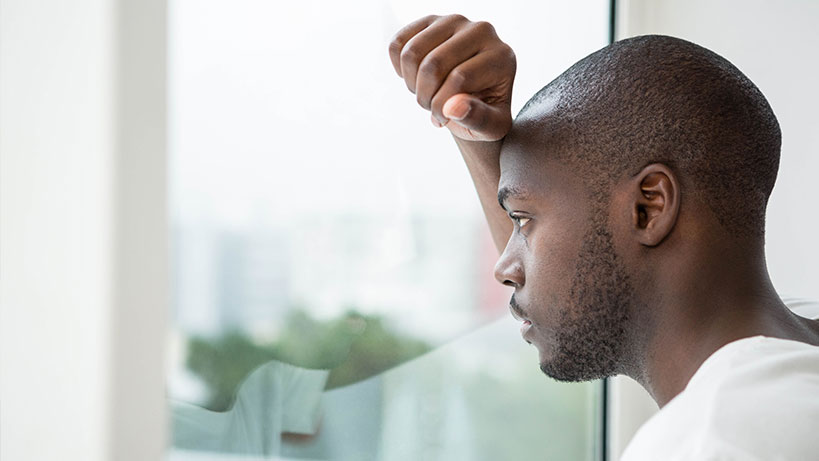 Thinking of someone that is diagnosed with bipolar disorder generally conjures up the idea of someone strange or weird, someone that you can visually see has a mental illness, but of course this is just a stigma. Bipolar disorder can actually be quite unnoticable if you don’t spend time with that person on a daily basis to see their erratic ups and downs. A friend of mine has been struggling with depression and mood swings for quite some time. Some days she is fired up and on other days she feels sad, depressed and tired. It literally changed from one extreme to the next without a specific event that happened to cause the change in her mood. She has been seeing a psychologist to figure out whether she has unresolved issues or to find better coping mechanisms for life’s high demands, but recently it has become clear that she should see a psychiatrist to determine whether something else could be causing her mood swings. I wanted to know more about bipolar disorder so that I could better understand what she is going through and how to help her through this difficult stage. The good news is, bipolar disorder is treatable and doesn’t have to get you down for the rest of your life. Through good medication, psychiatric therapy and support, you can have a stable life and mood.

What is bipolar disorder?

According to the National Institute of Mental Health of the US, bipolar disorder, also known as manic-depressive illness, is a brain disorder that causes unusual shifts in mood, energy, activity levels and the ability to carry out day-to-day tasks.

There are four basic types of bipolar disorder. With all of them there is a clear change in mood, energy and activity levels. These moods change between manic episodes (very good mood or high energized behaviour) and depressive episodes (feeling very depressed and hopeless or sad behaviour). Less severe manic periods where the person feels “normal” are known as hypomanic episodes.

Their behaviour is defined by experiencing manic episodes that last at least a week (7 days) and can be so severe that can cause them to be hospitalised. Their depressive state usually occurs for about 2 weeks. They can also have episodes where they experience both manic and depression symptoms at the same time.

Their behaviour switches between hypomanic and depressive episodes but for shorter periods or as severe as the manic episodes explained above.

They are defined by bipolar disorder symptoms that don’t match the three categories mentioned above.

How does a person with bipolar disorder behave?

When a person is bipolar, this illness produces dramatic mood swings (amongst other things). A person with bipolar disorder will swing between periods of mania (elevated mood) and periods of depression (feelings of intense sadness). In between these two extremes, a person will have periods again where they feel normal.

What is the most common cause of bipolar disorder?

One of the big causes or triggers of bipolar disorder is hormonal imbalances. If your body does not produce enough seretonin, your moods will fluctuate. You cannot help it. For some people environmental issues, mental stress, a significant loss, abuse or a tramatic event could all be contributors to the cause or trigger of bipolar.

Are you born with bipolar disorder?

It is possible that you were born with the predisposition for this disorder. For some people a stressful life event and/or upbringing can trigger the onset of the illness. Bipolar symptoms usually become apparent during your late adolescent years, but they can start at any time from early childhood to your 50s.

Does bipolar disorder get worse over time?

Bipolar disorder can get worse over time if it is not treated. To improve your future with this condition it is very important to follow your doctor’s prescribed treatments. It is best to go for psychology sessions and work through your waves of emotions to learn better coping mechanisms.

If you are diagnosed, can it be cured?

There is currently no cure for bipolar disorder but there are ways that you can manage it. It is important to follow a treatment plan and to make good lifestyle changes or modifications. Medication and psychotherapy are the two most important ways to manage your bipolar symptoms.

It turned out in the end that my friend was diagnosed with bipolar disorder after a thorough evaluation by her psychiatrist. It supplied many answers for her as to why she always felt that something wasn’t right with her wellbeing. Instead of blaming herself and her personality and feeling devastated that she could reach so many things in her life and then suddenly felt she carried the world on her shoulders, being diagnosed opened her eyes and brought relief. She is now using medication along with psychology sessions to work through this process and to embraceher future while feeling more stable. I am proud to say that I am more knowledgeable now and am able to support her much better than before and it has meant the world to her. Our lack of knowledge sometimes causes so much strain in our relationships. Knowledge is power and to have a mental illness is not the end of the world, but it is important to get the necessary treatment as soon as possible.