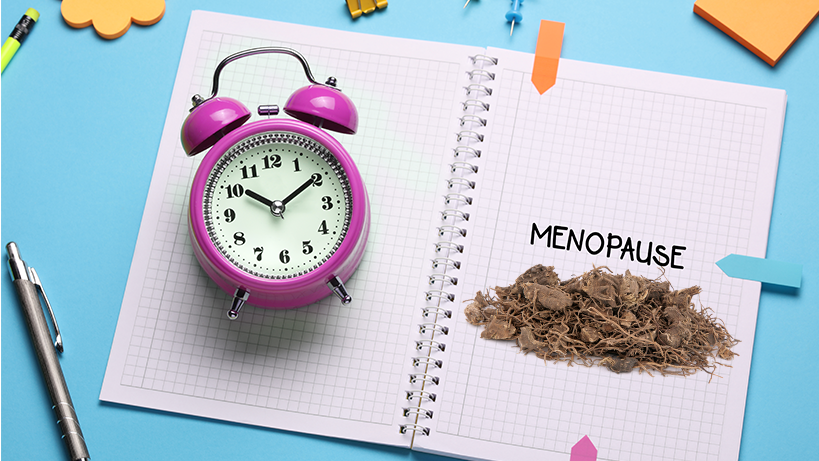 Black cohosh root is popular herbal treatment for the symptoms of menopause. It is also commonly known as “black bugbane”, “black snakeroot” and “fairy candle”. The names come from the uses of black cohosh root as an insect repellent and to treat snake bites, however these uses have not been scientifically proven. It is being used as an alternative to HRT (hormone replacement therapy) by women that are a little bit more conscious about their health. It was first used by Native American Indians for medicinal purposes and it became a favoured treatment for women in Europe during the 1950s after it had been introduced to the European colonists in America.

Black cohosh root is also used as a treatment for menstrual cramps, PMS (premenstrual syndrome), acne, osteoporosis and to induce labour in pregnant women. As it is a herb and not an approved medicinal treatment, there has been some debate over whether black cohosh is as effective as its pharmaceutical alternatives.

Some people believe that the herb may also be used for the treatment of anxiety, migraines, rheumatoid and osteoarthritis, colds and flu and breast cancer, but there is insufficient information to support these claims.

Side effects of black cohosh root:

As black cohosh root is a herbal supplement, there may be some side effects when using it, especially when it is used in excess or in conjunction with other medicines or treatments. It may be safe to use when taken orally by adults for up to one year.

Possible side effects include stomach problems and cramping, headache, bleeding or spotting, rash and weight gain.

It is not safe for pregnant or breastfeeding women to use black cohosh root, as it has been said that it can cause miscarriage or premature labour. It may have an effect on the oestrogen production in the body that may interfere with the normal hormonal functions. It should also be avoided by women who suffer from endometriosis, fibroids, uterine and ovarian cancer and breast cancer as well as people who have immune disorders.

Black cohosh root should not be used with any medications that affect or are changed by the liver as well as medication used to treat cancer. The interaction could increase the risk of liver damage.

If you are considering using black cohosh root, it would be wise to consult your doctor before taking it to ensure that it is safe. Do not continue using it if you have experienced any side effects and you have not sought the advice of a medical professional.