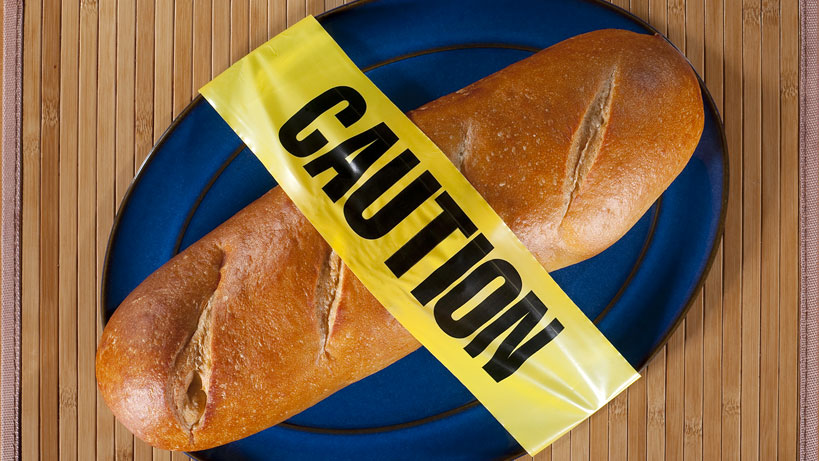 We have all heard about gluten and that some people react adversely to it. One specific group of people are at the top of the list of affected individuals, and that is patients affected by celiac disease.

Celiac disease is an autoimmune illness that occurs in genetically susceptible people where the consumption of gluten results in damage in the small intestine. It is estimated to affect 1 in 100 people worldwide. It is also known as celiac sprue, non-tropical sprue or gluten-sensitive enteropathy.

In other words: When someone with celiac disease eats something containing gluten, their body overreacts to the protein and attacks and damages their small intestine’s surface called the villi, which are small finger-like projections found along the wall of their small intestine which are responsible for absorbing nutrients from food. 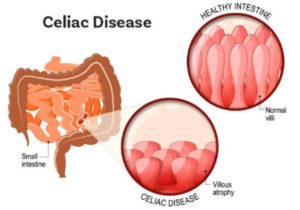 The genetic make-up combined with eating gluten-containing foods and other aspects can contribute to celiac disease, but the precise cause is not understood. Infant-feeding practices, gastrointestinal infections and gut bacteria might be a factor. Occasionally celiac disease becomes active after surgery, pregnancy, childbirth, viral infection, or severe emotional stress.

Celiac disease is not the same thing as gluten intolerance or gluten sensitivity. Individuals with gluten intolerance may have some of the same symptoms and might follow a gluten-free diet. However, they do not indicate an immune response or harm to the small intestine.

Another misconception is that celiac disease is just another food allergy, but it is not the same thing as a wheat allergy and the symptoms are different. If someone is allergic to wheat but eats something with wheat in it, they may have itchy or watery eyes or a hard time breathing (see the celiac disease symptoms section).

Gluten is a family of proteins (called glutenin and gliadin) found in grains, including wheat (most common), rye, spelt, barley and other grains. Gluten is what makes dough elastic and gives bread its chewy texture. Gliadin is responsible for most of the adverse health effects of gluten.

When flour mixes with water, the gluten proteins form a sticky network that has a glue-like consistency. This glue-like property makes the dough elastic and gives bread the ability to rise during baking. It also provides a chewy, satisfying texture.

An easy way to remember is that the elasticity and chewy texture is due to ‘glue’-ten.

When the villi are injured, the small intestine cannot properly absorb nutrients from food. Eventually, this can lead to malnourishment, as well as loss of bone density, miscarriage, infertility or even neurological diseases or certain cancers.