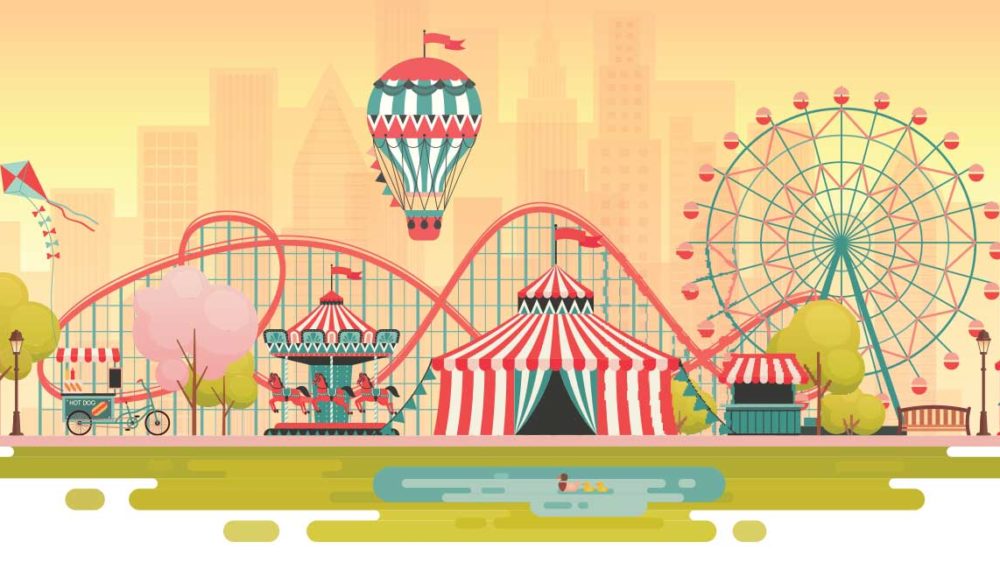 The circus is a place where people, especially children, go to enjoy performances by talented artists and to watch animals perform tricks that you did not think were possible. However, things do not always go as planned and there have been many incidents that have become visible disasters and even tragedies. These disasters include injuries due to prop faults during acrobatic performances, fires or animal attacks during circus performances. Let’s take a look at some of these tragic incidents that have occurred in circuses worldwide.

One of the earlier incidents can be dated back to Missouri in 1872, known as the St Louis Trapeze accident. The trapeze is one of the most dangerous circus acts and requires incredible strength and flexibility from its performers. However, it was a mechanical failure that caused this incident as the two performers, Fred Lazelle and Billy Millson crashed to the ground when the trapeze mechanism failed.  One of the gymnasts was also injured as he was standing beneath the trapeze at the time. All three men were seriously injured but made a recovery.

In 1944, the Hartford circus fire occurred in Hartford, Connecticut.  There was a small fire that began in the circus tent of the Ringling Bros. and Barnum & Bailey. The fire spread quickly as the tent was waterproofed with paraffin wax and gasoline. As a result, the 7000 spectators rushed towards the exits however two of the exits were blocked by chutes used to bring the animals in, thus causing a stampede whereby people were trampled and crushed, while others died due smoke inhalation or burnt to death. 169 people died and 700 were injured during this horrific incident.

In 2004, a circus performer, Dessi Espana, was performing in the Ringling Bros. and Barnum & Bailey Circus. Espana was twirling on the chiffon scarves upside down, hanging by her legs with no harness, when the cloth gave way and she fell thirty feet. She later died from her injuries.

Animals are a huge part of a circus and the trainers spend a lot of time with the animals practicing their acts. However, as we all know animals are unpredictable and their acts do not always go as planned, resulting in some tragic incidents worldwide.

One of the earliest tragedies involving a lion and his tamer can be dated back to 1872 in England. Massarti was performing with lions, when Tyrant (one of the lions) attacked him and within a matter of minutes three other lions attacked him as well.  The lion tamer did not survive the attack.

Siegfried and Roy had a very famous illusion-packed Las Vegas show which starred Mantecore, the white tiger. In 2003, the white Bengal tiger attacked Roy during a performance. The tiger attacked the magician’s neck and trainers had to rush to the stage to subdue the tiger. However, the damage had been done as he suffered massive blood loss and was in critical condition. Horn survived the attack but needed two surgeries and was left partially paralyzed. After this incident, the duo’s show was cancelled and now Roy only makes rare public appearances.

There have been many terrible incidents whereby lions have attacked their tamers during the circus performance. One of the most recent incidents occurred in 2017 in Northern France. A horrified audience filled with families and children watched as the lion locked its jaws around its tamers throat and dragged him across the circus ring. It was reported that the tamer had been working with lions for years. He was rushed to hospital with serious injuries.

In 2013 there was another horrific incident at the Circo Hermanos Suarez circus in Mexico, when American trainer, Alexander Crispin was attacked during his performance with two tigers. The trainer was circling two tigers as part of his act when one of the tigers lunged towards him and pulled him to the ground.  The audience started to quickly evacuate the area, while other workers tried to free Crispin from the tiger attack. The tiger was killed during the struggle and Crispin was rushed to the hospital where he later died as a result of his injuries.

These are some of the most disastrous and tragic incidents that have occurred during circus performances in various parts of the world. Although these incidents are terrible, they are few and far between and this should not stop you from going to the circus the next time they are in a town near you, to enjoy the magical performances.