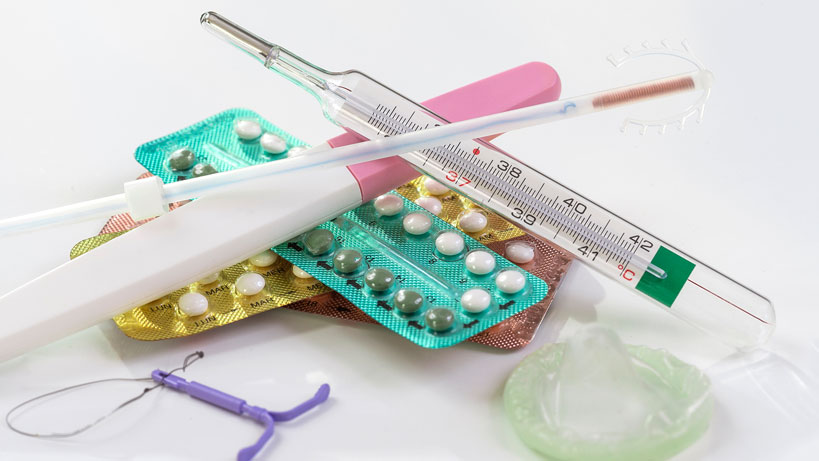 Hey, we get it, accidents happen.

Some of our accidents are small. Forgetting to pick up milk from the store on the way home from work- or falling asleep with the lights on, ramping up your electricity bill.

Some accidents are not as small. Sometimes, your accidents can live with you for 18 years, demanding food, clothes, an education and then some!

Accidents happen. But they do not have to.

An unexpected or unplanned pregnancy can be the biggest blessing on the planet. Anticipating a little bundle of joy, in need of love and care, can be very exciting for a lot of people.

Some people are not ready for the responsibility of raising a child. And that is okay.

Some people cannot financially support a child at that point in their lives. And that is okay.

Some people are not mentally or physically ready to have a baby, and that is okay too.

According to a report published by Stats SA in February 2020, about 20% of all pregnancies in South Africa were “unwanted”. Meaning at the time of inception, neither parent wanted nor planned on having a baby.

That brings us to the big word of the day: Contraception.

But first, let us talk about how a pregnancy happens after sexual intercourse.

Sperm cells travel up the vagina through the cervical opening, upwards into the uterus, and then finally in to one of the two fallopian tubes. If an egg released during that month’s ovulation cycle is in the tube, one of the sperm cells can fertilize it.

Contraceptives can fall into numerous categories, but the three most basic ways contraceptives work are by either blocking the sperm from entering the vagina, deactivating sperms cells, or by supressing ovulation.

The easiest, cheapest, and most accessible option is blocking the sperm from entering the vagina. These are called “barrier methods” or “blocking methods”. One of the most common barrier methods today is the condom. A condom is a sheath-shaped barrier device used during sexual intercourse to reduce the probability of pregnancy or a sexually transmitted infection. Male and female condoms are an easy-to-use contraceptive, with a high success rate. Both male and female condoms have a success rate of 98% when used correctly.

Male condoms are probably a lot more convenient than female condoms and can be purchased at any grocery store, petrol station, pharmacy. You can even find condoms for free in a lot of public restrooms. Male condoms are everywhere, and mostly cheap.

Female condoms on the other hand, are a bit more difficult to find and purchase. Although female condoms have been around since the 1980s, South Africa only introduced female condoms in 2015, and they are still hard to find, and for some a complete mystery to operate. The female condom isn’t as effective as the male condom in preventing STIs and there are numerous reports of female condoms causing irritations to the vaginal area, as well as discomfort, the female condom also reduces pleasure considerably for some women and their partners.

Condoms may be the most accessible contraceptive option, but it is not always the best option, especially for women, but there are barrier methods for women that may be more appealing: diaphragms, and IUDs.

Diaphragms are small, shallow silicone cups that prevents pregnancy by covering the cervix so sperm cannot access an egg that is ready to be fertilized. This is one of the oldest methods of contraception. They’ve been around since the 1840s, and throughout history, many women have used them.

Today diaphragms are easy to get hold of, you can buy them at pharmacies and even online, and today’s modern diaphragms do not require a trip to the doctor’s either. You can insert a diaphragm yourself, up to 6 hours before sexual intercourse, and the good news is that neither you nor your partner will be able to feel the diaphragm during sexual intercourse.

But even today’s modern diaphragms are ancient technology compared to what has been dubbed the saving grace of contraceptive methods for women- IUDs.

IUD stands for Intrauterine Device. These are flexible, T-shaped implants that are placed inside the uterus, blocking sperm cells from reaching the egg cells. Okay, yes, these are not as convenient in the sense that you cannot insert these devices yourself but it is an extremely simple and quick procedure your doctor or health professional can do in a matter of minutes. After it’s been inserted most of these devices can stay put for about 5 years and can be taken out at any time prior to the 5-year expiry date.

You may be familiar with the most common type of IUD in South Africa- the Mirena. Mirena is an example of hormonal IUDs. Whilst inside your uterus, hormonal IUDs slowly release hormones like progestin (a synthetic version of progestogen, a natural female sex hormone), these hormones helps prevent pregnancy by making cervical fluid thicker, interfering with sperm movement, and reducing sperm survival to prevent sperm from reaching an egg cell. Hormonal IUDs have other benefits like reducing heavy menstrual bleeding during menstrual cycles.

There are also non-hormonal IUDs, like copper IUDs. Copper is a natural sperm cell deterrent, which means these devices do not contain any hormones which is great for women who would rather not or cannot interfere with their body’s natural hormone levels.

Although IUDs do not protect your from STIs, IUDs are safe to use whilst you are breastfeeding, neither you nor your partner will feel them during sexual intercourse, and they have an exceptionally high success rate. Both hormonal and non-hormonal IUDs reduce your chances of getting pregnant to less than 1%. Common IUDs like the Mirena cost about R2000 to have inserted.

Let us look at the next basic contraceptive method: deactivating sperm.

Deactivating the sperm is a contraceptive method that renders the sperm obsolete by making the vagina an inhospitable environment for the sperm cells, usually by making use of a spermicide.

This can be done via a method called “vaginal contraception”. There are many ways this can be done. These contraceptives are available as foam, jelly, tablet, cream, suppository, or dissolvable film. These spermicides contain chemicals that kill the sperm cells and make them unable to reach the egg cell.

These methods of contraception have an average success rate of about 80%. They can be made even more efficient when used in conjunction with a “barrier method” like male or female condoms, diaphragms, and IUDs.

Now that we had a look at blocking and deactivating sperm cells as a contraceptive method, let us look at the final method: supressing ovulation.

There are several forms of hormonal contraception, including the birth control pill, the vaginal ring, and the contraceptive skin patch. Although they are used in many different ways, they all have a similar effect, they influence a woman’s hormone levels, and most of them prevent mature eggs from being released by the ovaries during ovulation. Hormonal contraceptives reliably prevent pregnancy.

These contraceptives contain a small amount of man-made estrogen and progestin hormones. These hormones work to inhibit the body’s natural cyclical hormones to prevent pregnancy.

One of the most common examples of these contraceptives are birth control pills. Available since the 1950s, these are so seemingly popular they are commonly referred to as “The Pill”. A mix of estrogen and progestin hormones, these are pills you can take every day. Although they do require a prescription, you can start using the pill at any time, and they usually start to work about a week after you have started taking them. They have a success rate of about 99% if the pill is taken every day.

Unfortunately, side effects when using hormonal contraceptives are common, although the majority are not serious. Side effects may include:

Some women do experience more severe side effects. Therefore, it is important to talk to your doctor about these types of contraceptives.

There you have the three basic methods of contraception. There are more permanent contraceptive options like vasectomies (for men) and tubal ligations (for women) but these methods deserve an article on their own, considering the commitment of a permanent alteration as a contraceptive method needs a lot of discussion.

We hope this article helped you gain more insight on contraceptive methods and assists you in your family planning.

There are many, many methods of contraception, and with the right considerations we are sure you will find the contraceptive that is perfect for you, your lifestyle and your future.

You can discuss all these contraceptive methods with your health professional to find out which option will be best for you.