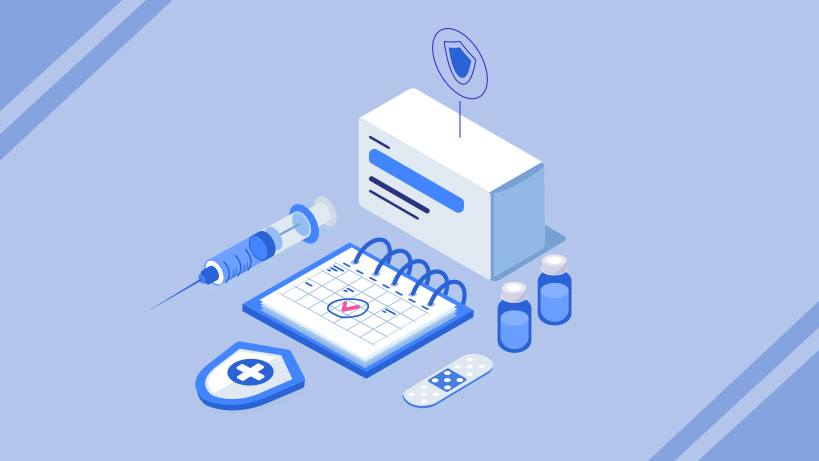 “I don’t think there is any philosophy that suggests having polio is a good thing.” — Bill Gates

The Global Vaccine Action Plan(GVAP), endorsed by the 194 member states of the World Health Assembly (WHA) in 2012, provides a framework for achieving the vision of the “Decade of Vaccines”. The goal? Delivering full access to immunization and extending the full benefits of immunization to all people by 2020, regardless of where they are born, who they are, or where they live.

Immunization has led to the eradication of smallpox, a 74% reduction in childhood deaths from measles over the past decade, and the near-eradication of polio.The “Decade of Vaccines” is one of the world-wide initiatives supported by the Bill & Melinda Gates Foundation.

The debate between the anti-vaccination movement and the medical fraternity has gained new momentum after a recent article in the news about a teenager who finally received the vaccinations he should have had as a baby. Ethan Lindenberger[1], from Norwalk, Ohio, chose to vaccinate himself against six diseases, including mumps and hepatitis. His parents had chosen not to vaccinate him as a child, believing that vaccinations cause illnesses such as autism and can cause brain damage and other complications. Ethan said his mother was influenced by alarmist theories such as the work of discredited physician Andrew Wakefield and his study linking the MMR vaccine to autism.

While growing up, Ethan realized that he was the only one of his peer group who had not received the life-saving vaccinations. He did some research and presented new information to his mother to persuade her to change her mind. This included a report by the Centre for Disease Control and Prevention (CDC), explaining that autism as a result of the MMR vaccine was a myth.

While his parents stayed unconvinced, Ethan decided that the scientific evidence was more than enough to justify him getting the vaccinations.

The BFG by Roald Dahl

Roald Dahl‘s heart-breaking memoir about losing his daughter, Olivia, to measles in 1962 has resurfaced following recent outbreaks of measles.

Written in 1986, 24 years after his seven-year-old daughter died, he remembered the hours before she passed away.

“Olivia, my eldest daughter, caught measles when she was seven years old. As the illness took its usual course I can remember reading to her often in bed and not feeling particularly alarmed about it.

Then one morning, when she was well on the road to recovery, I was sitting on her bed showing her how to fashion little animals out of coloured pipe-cleaners, and when it came to her turn to make one herself, I noticed that her fingers and her mind were not working together and she couldn’t do anything. ‘Are you feeling all right?’ I asked her. ‘I feel all sleepy,’ she said. In an hour, she was unconscious. In twelve hours, she was dead.

Dahl dedicated two of his books to Olivia. The first book was “James and the Giant Peach”, written while she was still alive, the second “The BFG”, was dedicated to her memory. In 1962 a reliable measles vaccine had not yet been discovered.

So, what about the risks your children will be exposed to when immunized?

Vaccines and Autism – a tale of shifting hypothesis.[3]

Some parental concern persists that vaccines might cause autism with three prevailing hypotheses:

In 1998 Andrew Wakefield, a British Gastroenterologist, published a paper describing 8 children whose symptoms of autism first appeared one month after receiving their first dose of MMR vaccine. Despite the fact that Dr Wakefield has been found guilty of falsifying his results in the original report that linked vaccination to autism and that his study was discredited, many people still consider his report authoritative.

The claims in his report have been discredited for several reasons.

Firstly, Wakefield had not designed his study in a way that could show cause – it lacked both a statistically powerful sample size and a comparison group. The findings were done on only 8 of 12 autistic children, all 8 having received MMR falsified at the time of publication as “before developing autism”. We now know it was “after” in most cases. At the time, MMR coverage in Britain was 92%, thus most children aged between 1 to 2 years would have received MMR. As it happens, autism is also usually diagnosed at this age, so it is not surprising that these children were diagnosed at around the same age as receiving MMR vaccination.

Secondly, preservatives are not and have never been used in MMR. It is a live vaccine, and preservatives are used only in inactivated vaccines. Should a preservative be used, a single dose of vaccine would contain less Thimerosal than the natural quantity in a pear.

Thirdly, babies are exposed to numerous organisms every day and suffer from many viral infections each year, but they survive. When vaccinated with multivalent vaccines (i.e. vaccines that provide immunity against a number of organisms), babies respond with just as many antibodies as when vaccinated with the individual vaccines separately.

What are the reasons to vaccinate?

Raising a child means you would do anything to keep them safe and healthy. You watch them as they explore new places and protect your home against potential hazards. But, what about the hazards you can’t see that can potentially cause serious illness, disability, or even death in young children?

Serious diseases are still out there…

Thanks to vaccines, most young parents have never seen the devastating effects diseases like polio, measles, or whooping cough (pertussis) can have on a child, family, or community. It is easy to think these are diseases of the past, but they still exist. Children can—and do—still get some of these diseases. In fact, when vaccination rates are low in a community, it is not uncommon to have an outbreak.

Diseases don’t stop at the border

The occurrence of polio is rare and polio cases have decreased by over 99% since 1988, from an estimated more than 350 000 cases to 22 reported cases in 2017. This reduction is the result of the global effort to eradicate the disease. Today, only 3 countries in the world have never stopped the transmission of polio (Pakistan, Afghanistan and Nigeria).

Despite the progress achieved since 1988, as long as a single child remains infected with poliovirus, children in all countries are at risk of contracting the disease. The poliovirus can easily be imported into a polio-free country and can spread rapidly amongst unimmunized populations. Failure to eradicate polio could result in as many as 200 000 new cases every year, within 10 years, all over the world.

Vaccines are the safe, proven choice

Vaccines are administered in order to save lives and preserve health. They are among the safest medicinal products and are administered to healthy individuals, including very young children. However, a small minority of persons who are vaccinated may experience reactions to the vaccine, most of which are mild and time-limited but can also, in rare cases, have a significant impact on health.

Fear of vaccine reactions, real or perceived, deters many people from being vaccinated. The problems of vaccine reaction and reluctance to be vaccinated have been known for many years in industrialized countries and is often raised after most of the benefits from immunization have been obtained with the disappearance of several diseases.

The WHO’s Global Vaccine Safety Blueprintwas drawn up to help protect people globally by ensuring the safe use of vaccines and for deriving maximum benefit from them. This initiative is a truly collaborative international effort, assisting all countries in making sure that vaccines do what they are supposed to do — protect all of us, and especially our children, from sickness and ill-health in the safest possible way.

Getting your child vaccinated helps to protect others in your community—your neighbour who has cancer and cannot get certain vaccines, or your best friend’s new born baby who is too young to be fully immunized. When everyone in a community who canget vaccinated doesget vaccinated, it prevents the spread of disease and can slow down or stop an outbreak. Vaccination’s immediate benefit is individual immunity: It provides long-term, sometimes lifelong protection against a disease.

As a result of the childhood immunization programme many diseases are now so rare that it iseasy to underestimate the importance of children’s vaccinations. The World Health Organization’s (WHO) Expanded Programme of Immunization (EPI) encourages immunization against measles, polio, pertussis (whooping cough), diphtheria, tetanus and tuberculosis. The South African Department of Health‘s schedule is in line with the WHO’s immunization recommendations. The guideline can be downloaded from this link: click here

When it comes to saving lives, vaccinations are one of the greatest breakthroughs in modern medicine. No other medical intervention has done more to save lives and improve quality of life.

[3]Vaccines and Autism: A Tale of Shifting Hypothesis. Jeffrey S Gerber and Paul A Offit. Division of Infectious Diseases, The Children’s Hospital of Philadelphia, Pennsylvania