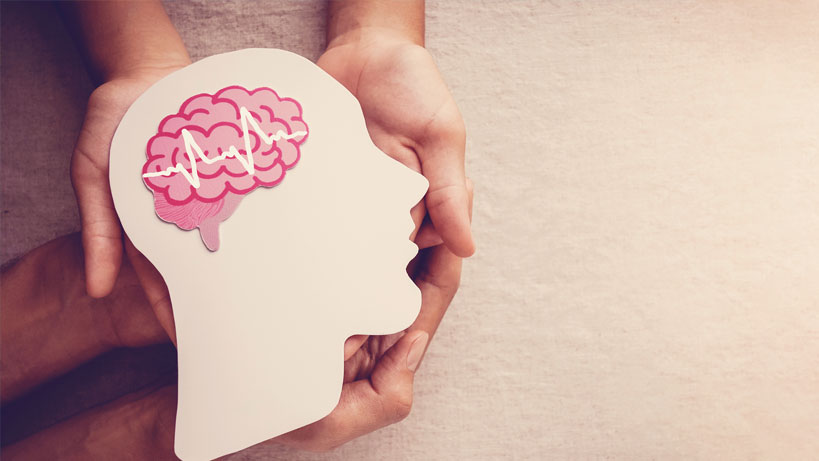 For most of us epilepsy is not something we have to deal with every day. Yet, epilepsy is a lot more common than you might think. Although it is not something most people would encounter every day, the chances of you having come across epilepsy, experienced a seizure either first-hand or as a bystander, or knowing an epileptic are actually quite high.

Epilepsy is a common disease and one of humanity’s oldest recorded diseases. It is the fourth most common neurological disorder and can affect anyone regardless of age, family history or current health status. A person can develop epilepsy at any stage of their life, and it is projected that about one in every twenty-six people will develop epilepsy at some point in their life.

Epilepsy is characterised as a disorder in which nerve cell activity in the brain is disturbed, causing seizures. Usually, when a person with known underlying health issues experiences two or more unprovoked seizures that are not related to blood sugar levels, they would usually be diagnosed as an epileptic.

We have known, studied and recorded symptoms of epilepsy for thousands of years now. Our history concerning the documentation of epilepsy is perhaps one of the most fascinating parts of this story.

The oldest known recording of epilepsy, its behaviours and symptoms, is an ancient 4000-year-old stone tablet from Babylonia (modern day Iraq) where cases of epilepsy, epileptics and many different kinds of seizures were identified and documented. This ancient text has attributed an enormous amount of information to what we know about epilepsy today. The accounts of the different types of seizures an epileptic could experience were so well studied and documented that a lot of the 4000-year-old theories and classification of seizures still hold up today.

Of course, one of the more amazing pieces of our history with epilepsy is the fact that we have known about it and have been aware of the presence of this ailment for thousands of years. All throughout human history, we have found evidence of societies and people helping and treating those with epilepsy. Our deep-rooted history with this disease has laid the groundwork for how we deal with and treat epilepsy in our modern society.

Across the world, millions of people are living with epilepsy, and throughout the world a lot of stigma, bias and misinformation has formed around this disease. So, let us take a closer look at how epilepsy works, how we can identify it, how we can treat it, and what life is like for a person with epilepsy.

Your brain is a big, heavy, wet, ever-changing ball of mush that just so happens to have billions and billions of neural connections that exchange information in the form of electrical currents and chemicals. You have about 100 billion neurons (brain cells) and epilepsy can disrupt the signals received or sent to these neurons in various ways. When the signal to or from a neuron is disrupted, this can trigger an epileptic fit, or seizure. Epilepsy is a chronic disorder that causes unprovoked, recurrent seizures. A seizure is an abrupt and unforeseen rush of electrical activity in the brain.

Focal seizures affect only one part of the brain.

A mild seizure can be very difficult to recognize. They have quick onset and only last about a few seconds. In those few seconds you experience a mild seizure, you can experience a lack of awareness. For many people, mild seizures can look and feel as if a person is simply “zoning out” for a little while, before snapping back to reality, unaware that they just experienced a seizure at all.

Stronger seizures can cause spasms and uncontrollable muscle twitches and can last a few seconds to several minutes. These can be scary to experience and may in some situations be dangerous to the person having the seizure. During a stronger seizure, some people become confused or completely lose consciousness. Afterward they may have no memory of it happening. For some people, after a seizure their muscles will ache as if they had done very strenuous exercise.

Epilepsy can affect anyone. It affects people from developing countries as well as those from developed countries. It affects men and women and people of all ages. With that said, the disease mostly affects young people. 70% of all epileptics are young people under the age of 20, whilst the other 30% are people who developed epilepsy over the age of 50. Epilepsy, and how it manifests in a person is a truly individual experience. Some people develop the disorder at a young age, whilst others develop it at a much later point in life. Some people may only experience mild, generalised seizures, whilst others can experience very extreme seizures that may prove fatal. Some people experience seizures every day, whilst others experience a seizure as infrequently as once every few years. The epilepsy can be so specific, that in some cases a person will only experience it at certain times of the day, like early in the morning or late at night.

How epilepsy will affect a person can come down to numerous factors; but the truth is that epilepsy is still a very mysterious disease to us and many health experts.

In up to 70% of epileptic diagnostic cases, there will be no clear indication or explanation of how the epilepsy came to be. In the other 30% the epilepsy can be explained by prior head trauma, strokes, or infections.

When a person experiences an unprovoked or unexplained seizure, they may seek the help of a doctor, neurologist, or physician to diagnose epilepsy. The diagnosis for epilepsy is done via an electroencephalogram. An electroencephalogram (EEG) is a test that detects electrical activity in your brain using small, metal discs/electrodes. In the event of an EEG, the patient is hooked up to multiple electrodes on the side of the head. These electrodes are then used to measure the electrical activity in the brain, when the brain shows signs of unusual electrical activity the person will most likely be diagnosed with epilepsy.

Due to stigma in our society, people with epilepsy can be seen as being disabled, incapable and a burden on our society, when in fact that could not be further from the truth.

In 90% of epilepsy patients, the disorder is completely treatable. Epilepsy is usually treated by anti-epileptic medication. This medication is taken over long periods of time regularly and the treatment cycle is usually between 3-5 years, sometimes longer, depending on how your epilepsy manifests.

In the cycle of treatment, the goal is to assert complete control over both minor and major seizures. Usually, doctors will want to observe a three-year period where no seizures were experienced by the patient before they may put an end to the treatment. Luckily, in about 70% of all cases, the patients do not require lifelong treatment, making this a very treatable disease that many people can overcome.

In 90% of cases, epilepsy patients can live a completely normal life as diligent, contributing members of our society. Today we have world famous physicians, doctors, scientists, politicians, and actors who live a normal life with epilepsy.

If you suspect that you, or someone you know may be suffering from epilepsy, it is best to get a diagnosis from a medical professional and seek treatment. The sooner you do, the sooner you can get back to living a normal life.