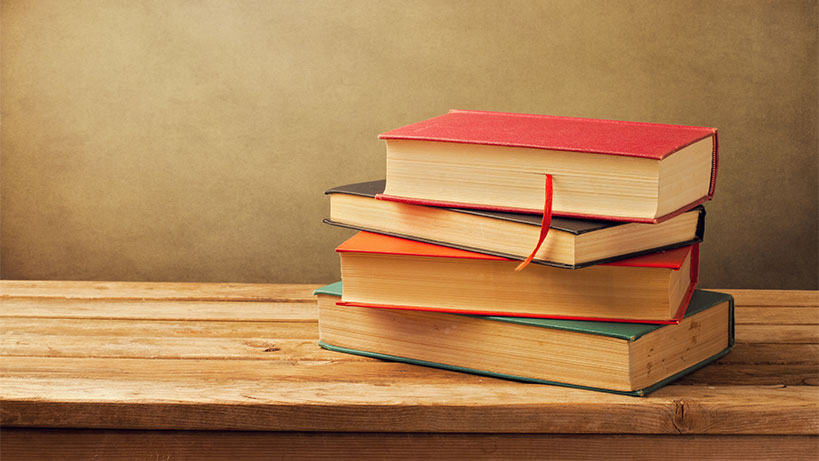 Get your read on: The 10 best new books of 2018 as posted by Publishers Weekly

The holidays are just around the corner and we are all looking forward to a well-deserved rest. Whether you are hitting the road to spend time at yourfavouriteholiday destination or planning a stay-cation with the family, if you are looking for a good book to get comfortable with, look no further.

A young book editor named Alice embarks on a relationship with an older, prize-winning novelist in Manhattan; an Iraqi-American economist named Amar is detained at Heathrow on his way to visit family in Iraq. This bold, innovative collision of form, tone, and style ingeniously juxtaposes Alice’s dreamworld alongside Amar’s harsh reality, marking Halliday as a singular talent.

Ball’s devastatingly powerful call for understanding and compassion follows the journey of a dying father and his adult son, who has Down syndrome, across the country, a trip they always wanted to take. Their stops along the way—during which the father counts individuals for the census—reveal the beautiful yet brutal range of the human experience.

Weaving together Homer’s Odyssey with other sources, Miller crafts a classic story of female empowerment by following Circe from awkward daughter of Helios to her island exile, where she hones her gift of pharmakeia—the art of using herbs and spells. This is an uncompromising portrait of a superheroine who learns to wield divine power while coming to understand what it means to be mortal.

In this wickedly entertaining ride, an Argentinian sanatorium conducts a disquieting experiment: decapitating patients without damaging their vocal cords and asking the severed heads what they see in the few seconds before expiration. Occupying the space between B-movie horror and exceedingly dark comedy, Larraquy’s novel is somehow both genuinely scary and genuinely funny, sometimes on the same page.

In this chilling satirical novel, a town in rural China is seized by a plague of “dream walking,” in which residents spend nights pursuing desires that they keep buried during the day. As violence spreads, a funerary shop owner and his 14-year-old son attempt to pull off a near-mythical plan to save the town. This is a riveting and powerful reading experience.

In 1990, a Nigerian tribe called the Menai are subjected to drug tests by a pharmaceutical company, resulting in the deaths of thousands—by 2005, only a few dozen Menai remain. Nwokolo’s novel features a thrilling, madcap story about twins separated at birth discovering their double lives (unbeknownst even to themselves) and conveys the poignant journey of the Menai spiritual leader searching for the tribe’s ancestral Saharan homeland.

This masterpiece of “controlled psychosis,” as phrased by one of the characters, is written in a cacophony of voices. A tourist in Croatia waits for his wife and son to return from a walk (they don’t); an anatomist keeps the leg of a Viennese courtier in alcohol on the headboard of his bed; an elderly classics professor dies tragically aboard a Greek cruise ship. By the end, Tokarczuk has extraordinarily stitched together the novel’s associations.

An unnamed narrator in exile from the former Yugoslavia struggles with the complications of 21st-century writing in this soaring, wondrous novel. Threads include the narrator’s disappointing visit to a Holden Caulfield–themed MFA program in Italy and the narrator’s minor indignities of life as an “economy-class writer” within Europe’s literary community. Ugrešić’s work is essential reading for writers and lovers of writing alike.

In this momentous, incisive collection, Adjei-Brenyah dissects the dehumanizing effects of capitalism and racism. A school shooting results in both the victim and gunman stuck in a shared purgatory; an amusement park lets participants enter an augmented reality to hunt terrorists or shoot intruders played by minority actors. Adjei-Brenyah’s remarkable range and unflagging voice make this a first-rate collection.

This luridly propulsive novel centres on a depraved love triangle: a cheating husband, his jilted wife, and a young man who is drawn to the wife. Mishima dials up the claustrophobia en route to a shocking ending, providing a masterful look into the “very instant when the truth of perverse human nature begins to shine.”