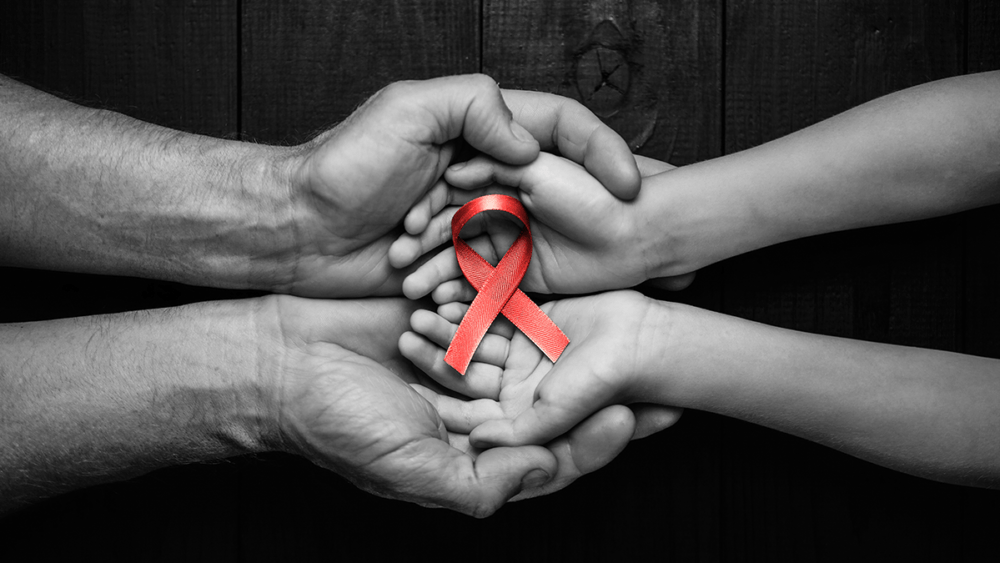 HIV is nothing new to people in South Africa, but because it has a massive impact on everyone’s lives in one way or the other, a quick catchup on the latest facts is always good.

What is HIV / AIDS

The human immunodeficiency virus (HIV) infects the white blood cells in the body’s immune system called T-helper cells (also called CD4 cells). These are the cells that help your body to fight against infections. After attaching to these cells, the virus fuses with it, then it takes control of the cells’ DNA and uses it to create more copies of itself and thereafter those copies are released into the bloodstream to do the same thing again to millions of cells. In the process it destroys the important CD4 cells.

After being infected with HIV, a person is not likely to initially have specific symptoms indicating infection. It could be months or even years before someone’s immunity has been affected enough to become very ill. The earlier it is picked up, the earlier treatment can be started which will result in less damage to the immune system. Therefore HIV testing campaigns are so important. In South Africa the medication available in the public sector is similar to that in the private sector but there are several other factors limiting proper HIV management, such as access to care, socioeconomic problems and difficulties caused by stigma.

If HIV is left untreated, it leads to acquired immunodeficiency syndrome (AIDS). This diagnosis is usually made when the CD4 cell count drops very low or when opportunistic infections occur, which are infections caused by organisms that can usually be fought off by a normal immune system, but not by a suppressed immune system. AIDS is preventable with early diagnosis and treatment of HIV.

From the UNAIDS data in 2020, the following are some statistics about HIV for South Africa:

One of the reasons for the high number of people living with HIV is that fewer people are dying of HIV-related causes due the good availability of treatment.

Some good news is that in the past decade, there has been a 57% reduction in the rate of new infections in South Africa and it is estimated that nearly 90% of people living with HIV are aware of their diagnosis.

There is currently no effective cure. Once a person gets HIV, it is for life. But, with proper medical care, HIV can be well-controlled. People with HIV who get effective HIV treatment can live long, fulfilling lives and protect their partners. Taking treatment every day can lead to there being no virus in the bloodstream, which effectively means that the virus basically cannot spread, and this is referred to as an undetectable or suppressed viral load and is the current goal of treatment.

The South African guidelines on HIV treatment have recently been updated and the HIV medicines (antiretrovirals or ARVs) that are available to everyone are very effective to reduce the viral load, and the chances of it causing adverse effects are not as high as the older generations of medicines.

New-born babies of mothers with HIV are now tested shortly after birth and can immediately start on treatment if they are positive, which can result in such good suppression of the virus that it can even be hard to detect any sign of the virus in their blood after a few weeks.

Research is looking into several ways of treating the HIV pandemic, such as vaccines, but for now, taking antiretrovirals every day is the mainstay of therapy. It is also very important to take it as it is prescribed, since missing doses result in the virus becoming resistant to treatment which then results in the viral load increasing again. There are limited treatment options available once someone is resistant to the first line of treatment.

Most of the tips about wellness should be followed by everyone whether you have any conditions or are a healthy person.

Being active has several additional advantages for people living with HIV:

Participating in activities that make your heart beat faster for at least 40 minutes a day, 3 times a week, is advised.

At least an additional multivitamin is advised for people living with HIV. It is however important to discuss the supplements you are taking with your doctor and to read the package inserts since some therapies can interact with antiretrovirals.

In South Africa traditional- or herbal medicines are commonly used. These unfortunately often interact with the functioning of antiretroviral medicines which leads to being unable to reach a suppressed viral load despite taking HIV treatment every day.

Ensuring a diet with plenty of vegetables and other nutritious foods will assist your body to function well and to restore some of the elements, such as iron and vitamins, that are often used up while your body fights an illness.

Now that many of the physical consequences of HIV have been limited by good treatment, the mental health effects are becoming a bigger problem. People living with HIV can now live long and happy lives, but the mental adjustment is important to ensure compliance to treatment, coping with acceptance or lack thereof of loved ones, the possibility of it affecting the lives of one’s children and wondering if it will affect you work and other aspects of life.

In South Africa there are many organisations and toll-free numbers that can be contacted for any assistance. A list can be found on the Aid for Aids website:

We are still learning about COVID-19 and how it affects people with HIV. Based on limited data, we believe people with HIV who are on effective HIV treatment have the same risk for COVID-19 as people who do not have HIV.

Older adults and people of any age who have serious underlying medical conditions might be at increased risk for severe illness. This includes people who have weakened immune systems. The risk for people with HIV getting very sick is greatest in:

The best way to prevent getting sick is to avoid exposure to the virus and the advised steps of wearing masks, sanitising and following social-distance guidelines should be followed.

If you have HIV and are taking your HIV medicine, it is important to continue your treatment and follow the advice of your health care provider.

During COVID-vaccine trials, people with HIV were included and currently evidence show that the vaccine can be given for people living with HIV.

Supporting someone with HIV

Living with HIV is hard and in South Africa, due to stigma and many socioeconomic problems also interfering with how someone can cope with HIV, many people find it nearly unbearable to live with the condition. Imagine how hard it is for someone to swallow many tablets on an empty stomach because they have no food, or for someone to have to hide their treatment and take it at the same time every day if they are sharing a house with many other people who will not accept them if they know they have HIV. Some are fortunate to be supported by friends and family, and that is how it should be for everyone.

If you are living with HIV, you could help many other people by talking to them because you understand better than anyone how it affects one’s life.

If you know someone living with HIV, be supportive and understanding and maybe even consider donating to a charity. It is however normal for someone who does not have HIV to be scared about getting it, but there are a lot that can be done to protect yourself.

Abstinence or at least having safe sex are important and needles should never be shared. Avoiding high-risk activities still offers the most protection.

There are many people who are in a relationship with someone living with HIV, sometimes being unaware of their partner’s status. There are also people, such as healthcare workers, who are at an increased risk due to the nature of their jobs. With most people in South Africa therefore being at risk, it is important to be aware of the possible protective measure that can be taken against HIV.

A study has shown that HIV did not spread to an uninfected partner if the infected partner maintained an undetectable viral load. So if you are living with HIV, you have a big responsibility to maintain this low viral load by receiving good medical care and in doing so you offer valuable protection to others.

Amazing progress in terms of prevention was also made after the introduction of post-exposure prophylaxis (PEP) and pre-exposure prophylaxis (PrEP). Both are available to all South Africans and awareness about these options should be promoted to enable people to take additional care toward protecting themselves.

PEP is a course of antiretroviral treatment that is given after exposure, such as after rape or after a healthcare worker’s exposure to infected blood. If you suspect that you have been exposed to HIV, immediately contact a doctor to start taking PEP. It is extremely effective if given within 72 hours but should be given as soon as possible.

PrEP was only implemented recently and is a way for someone to protect themselves if they are at high risk of becoming infected, such as when your partner has HIV while you are negative. It usually consists of a course of antiretrovirals that are taken several days before and after exposure. Everyone has a right to this therapy, and it is a good way to take additional care over-and-above other preventive measures when you know you are at risk of becoming infected.

May everyone in our country find a way to reduce stigma, to support people living with this condition and to live as healthy as possible.