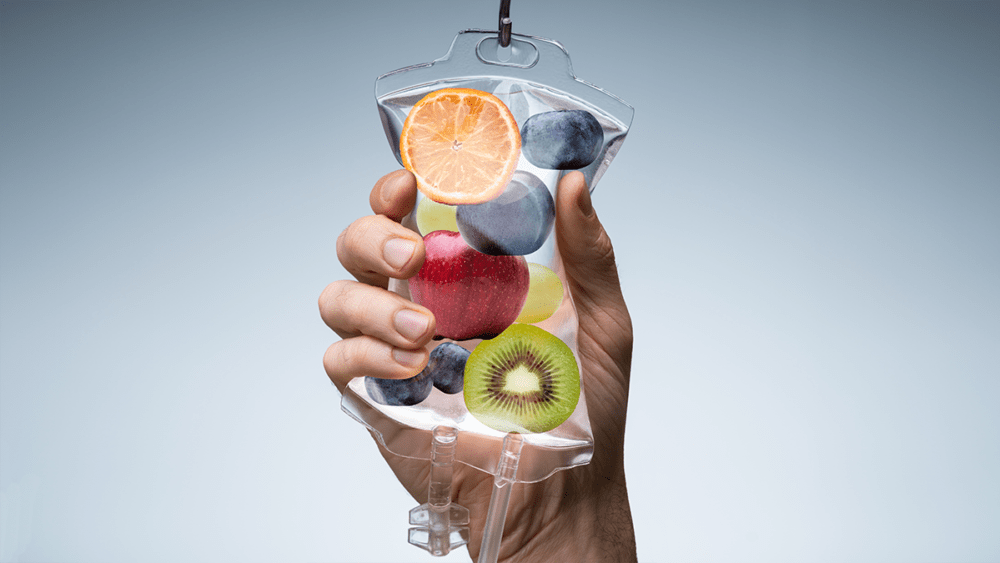 IV or intravenous infusion is just a fancy way of saying getting a drip – therefore getting your vitamins via a drip instead of receiving it from your diet or supplements.
Whether you are hungover, feeling a bit flu-ish, tired or just want to boost your general health – vitamin drips are the newest craze promising improved hydration, boosted energy levels and detoxing. And we see so many influencers and celebrities touting these benefits.

However, is this new trend worth the hype?

For the hefty price you would have to pay to get one of these drips (averaging over an R1000 depending on cocktail chosen) it is worth investigating thoroughly.

In this article, we will be addressing some of the most frequently asked questions.

Should the average person get their supplements administered through an IV?

No, the average person doesn’t need to get their supplements administered through an intravenous infusion. Also, there is a saying in the dietetic world, ‘If the gut works, use it’ and there is a reason for that. As a dietician, our last line of defence in hospitalised patients is intravenous feeds (called parenteral nutrition). Since there are risks involved, this is prescribed under strict medical supervision.

Getting your vitamins directly from intravenous infusion means that it goes directly to the liver via the blood, either used, stored, or sent to the kidneys for excretion. This bypasses the stomach, small intestine and pancreas’ role in digestion which might seem to save time, but Dr David Katz (director of the Prevention Research Centre at Yale University School of Medicine) agrees that we are designed to get our nutrients through our gastrointestinal tract (GIT).

These companies claim that the vitamin absorption rate goes from 20% with tablets to 100% with an IV. Is this true?

Receiving vitamins through IV might have a higher absorption rate than through foods, however, your body can only absorb what it needs and what may be lacking/deficient, and the rest will be eliminated.

Administering doses of vitamins above the Recommended Daily Allowance (RDA) might not only be a waste of money but may also be dangerous as certain vitamins can have adverse effects when consumed in extremely high doses.

IPS’ range of vitamins is completely different from general supplements in two ways:

Are there enough clinical studies to back up some of the claims made by companies offering IV vitamin therapies?

There is a lack of evidence and clinical studies to show that IV vitamin therapies offer any health benefit, and the long-term impact on health is unknown. It is also worth considering whether clinical studies that may be reported are funded by these IV vitamin companies themselves.

Second, to that, it is very important to remember that experimental studies like these would pose a risk – and if there is a lower risk intervention with the same reward then that route will be chosen.

To unnecessarily endanger a generally healthy population would be unethical and in medicine, we ‘first do no harm’.

Can taking vitamins this way be dangerous, especially with continued use?

When absorbed, it travels to the blood from where it is distributed to the liver, either used up immediately or stored for later use or sent to the kidneys for excretion through urine.

IV vitamin drips to deliver vitamins, minerals, and amino acids directly to the bloodstream claiming that it maximises absorption, allowing the nutrients to flood your body on a cellular level. Larger doses of nutrients can be administered intravenously than orally, claiming that you feel better faster.

If the villi in your gastrointestinal tract are not stimulated for absorption, it not only gets lazy, but it also gets damaged. This in turn increases the risk of bacterial translocation and sepsis (translation: not good). Besides this, there are always risks of infection involved in an invasive procedure such as placing a central line (aka drip). Couple this with vein inflammation and bruising, that is why we as dieticians will always favour using your GIT instead of bypassing directly to the bloodstream.

Other factors to consider include electrolyte and fluid imbalances which can potentially cause cardiac arrest and if there were to be underlying conditions present (such as liver or kidney problems), these IV drips may be the cause of organ failure.

Do you believe companies offering this service are transparent enough about their supposed benefits?

Unfortunately, I don’t believe so. The risks aren’t clearly communicated, and the ‘best-case scenario’ benefits are put forward as the norm.

Is it possible for a treatment like this to help with anti-ageing?

Susceptibility to oxidative stress varies from person to person and the effect is influenced by diet, lifestyle, environmental factors, and training. Therefore, on a cellular level it does make sense however we wouldn’t know what our underlying oxidative status is and just administering a vitamin drip while not considering any of these other factors won’t have the desired effect (e.g., the antioxidant capacities of the vitamin drip will in effect cancel out the free radicals from cigarette smoking and not focus on anti-ageing).

Are there any vitamins and minerals the body is unable to absorb from food?

Your body has the ability to absorb all vitamins from food unless any underlying conditions are present, but for a healthy person, the key is to know what the difference is in bioavailability under certain circumstances and interactions.

What is your opinion, as a dietician, of this new health trend? Is it worth the hype?

As a dietician I can say that this new health trend is not worth the hype, for the reason that it poses serious risks which outweigh the benefits.

Dr Robert Graham, an internist at Lenox Hill Hospital in New York says the placebo effect is the reason people report to feeling energised and healthy after IV drips. This sentiment is shared by Dr Kevin Fiscella, a professor of family medicine at the University of Rochester Medical Centre in New York, who said “There’s no scientific evidence that this has meaningful effects” over the long term.

The best way to get in all the nutrients (vitamins and minerals) that you require is through a healthy and balanced diet or oral supplementation. This should be the starting point. If you feel that you may not be getting enough vitamins and minerals, it’s best to first speak to your GP or a registered dietician who would recommend blood tests to check for any specific deficiencies. If you are truly deficient, your dietician could then recommend dietary adjustments or appropriate supplementation to correct any deficiencies.

Therefore, all the dangers and risks concerned, I would rather not take the chance. Stick with getting your vitamins from food or oral supplementation.