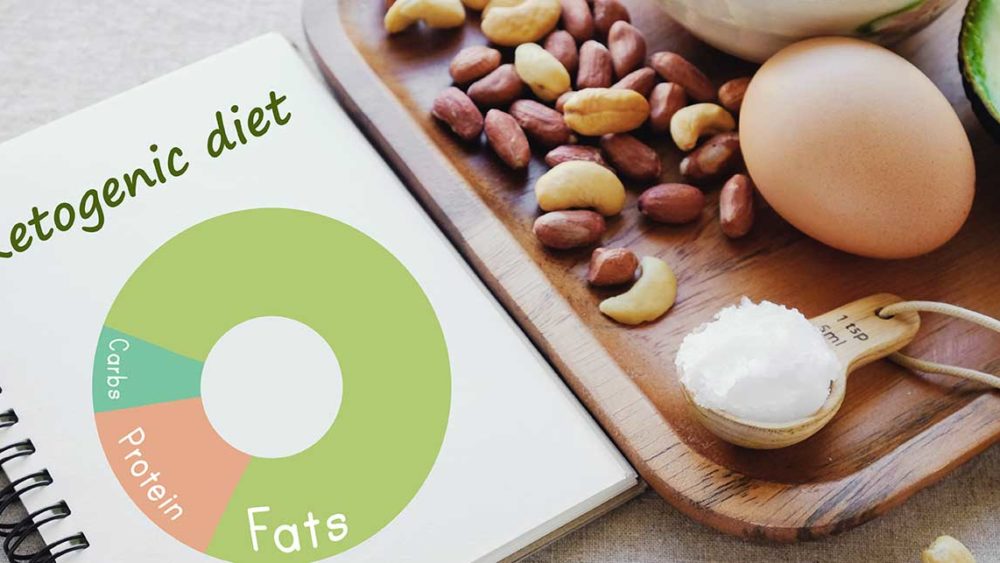 What is a Ketogenic Diet?

When you eat something high in carbs, your body will produce glucose and insulin. Glucose is the easiest molecule for your body to convert and use as energy, so it will be chosen over any other energy source.

Insulin is produced to process the glucose in your bloodstream, by taking it around the body. Since the glucose is being used as a primary energy, your fats are not needed and are therefore stored. Typically, on a normal, higher carbohydrate diet, the body will use glucose as the main form of energy.

By lowering the intake of carbs, the body is induced into a state known as ketosis.

When you eat carbohydrate-based foods or excess amounts of protein, your body will break this down into sugar – known as glucose. Why? Glucose is needed in the creation of ATP (an energy molecule), which is a fuel that is needed for the daily activities and maintenance inside our bodies. Glucose is also the main energy source for our brains.

Excess glucose is used in different ways. There are two main things that happen to glucose if your body doesn’t need it:

Epilepsy is a disturbance of the nervous system with recurrent seizures, loss of consciousness, convulsions, motor activity, or behavioural abnormalities. The seizures result from excessive neuronal discharges in the brain.

There are many forms of epilepsy, each with its own symptoms.

A ketogenic diet should be considered as treatment for epilepsy. Chronic ketosis modiﬁes the TCA (tricarboxylic acid) cycle, increases GABA (gamma-Aminobutyric acid) synthesis in the brain, limits the formation of ROS (reactive oxygen species) and boosts energy production in brain tissue. All these changes stabilize synaptic function and increase the resistance to seizures throughout the brain.

However, everything isn’t always easy and there are some risks and obstacles involved. Obstacles include:

There are various benefits but also numerous obstacles that need to be taken into account when embarking on the lifestyle change of ketosis, especially for epilepsy patients. If making the change, please consult your physician and dietician for close by monitoring.