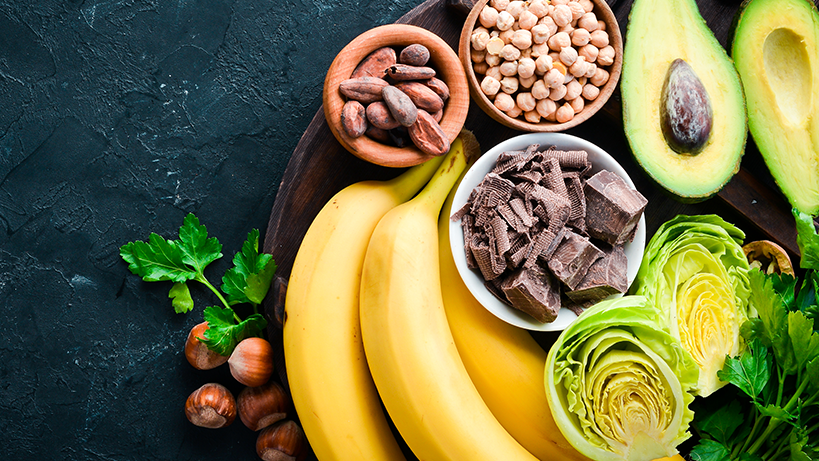 Magnesium is one of the most abundant materials on our planet and its discovery has led to several advances in the field of science. The name ‘magnesium’ originates from the Greek city of Magnesia in the district of Thessaly where magnesium deposits were first discovered.

In the early 17th century, a farmer, Henry Wicker from Epsom in Surrey, England, wanted to give his cows water from a well on his farm. The animals did not want to drink the water due to its bitter taste. However, he noticed that the water seemed to heal their scratches and rashes. “Epsom salts” were eventually found to be magnesium sulphate. Epsom salts are still used today as a cure for minor health ailments such as constipation and muscle soreness. It is dissolved in water and drank but the bad taste does not make it a long-term solution.

The first person to realise that magnesium was an element was Joseph Black, a Scottish physician and chemist. After its initial discovery, several chemists like Thomas Henry and Humphry Davy did more research regarding the different salts and compounds in which magnesium can be used. It was later discovered that magnesium forms part of chlorophyll and plays an important role in the photosynthesis of plants.

Magnesium is not only one of the most abundant elements by mass in the human body, it is one of the most important minerals in the body. It helps to regulate potassium, calcium and sodium levels intracellularly and is essential for most biochemical functions in the body.

Magnesium deficiency is often misdiagnosed and overlooked because the obvious symptoms only become evident when magnesium levels in the body are basically depleted.

The reasons for a magnesium deficiency can either be as a result of insufficient dietary intake or because magnesium is lost or not absorbed by the body.

A lack of magnesium is often associated with health issues such as diabetes, poor digestion and gastro-intestinal issues such as chronic diarrhoea and celiac disease. Alcoholics are at an even higher risk of developing magnesium associated diseases.

What is causing magnesium deficiency?

Most people are aware of the effects of iron deficiency but magnesium deficiency is more common than generally known. A few reasons why:

Only a small quantity of the total magnesium in your body is in your blood. The remainder is found in the bone and inside the cells of the muscles, heart and liver. Therefore a deficiency is possible to go undetected, even with a blood test.

Leg cramps:  Both adults and children can frequently experience leg cramps. Magnesium plays a role in the normal contraction of muscle and neuromuscular signal transmission and is considered to be the reason for this inconvenient and often painful experience.

Insomnia: Sleep disorders can often be attributed to magnesium deficiency as magnesium is essential for the inhibitory neurotransmitter, GABA, to relax and slow down the brain.

Muscle pain: There is some evidence that increased magnesium supplementation by fibromyalgia patients can reduce pain and tenderness in the muscle, indicating the systemic effect of magnesium on the body.

Anxiety: As magnesium has an effect on the central nervous system, signs of a deficiency may include nervousness and irritability. Magnesium supplementation can help to calm the brain and body. Magnesium is an essential mineral to improve mood and well-being.

High blood pressure: Magnesium and calcium are required to maintain a healthy blood pressure. If you are magnesium deficient, you are most likely also calcium deficient, increasing the probability of high blood pressure and stroke. A recent study provided evidence that a diet high in magnesium could reduce the risk of stroke significantly. This is important as it is widely accepted that hypertension causes the majority of ischemic strokes.

Type II Diabetes: Magnesium deficiency is not only a cause of type II diabetes but also a symptom. Magnesium plays a role in sugar metabolism and there is evidence that a diet rich in magnesium and/or magnesium supplementation can lower the risk and complications of diabetes significantly.

Fatigue: Patients who suffer from chronic fatigue often have a low level of magnesium. Fatigue, lack of energy and weakness are common symptoms of a magnesium shortage.

Headaches: Magnesium plays a role in balancing neurotransmitters in the body and can therefore reduce the occurrence of migraines.

Osteoporosis: About half of the magnesium in your body is stored in your bones. If you do not have enough magnesium, your bones are at risk of weakening, especially if you are older.

Are you a candidate for magnesium deficiency?

There are four groups in the general population who have the highest risk of developing a shortage of magnesium:

People with gastrointestinal diseases are at risk because magnesium is mostly absorbed in the small intestines. Any disease in this part of the body can prevent the optimal absorption of magnesium, resulting in an abnormal quantity in the body.

People with type II diabetes often have difficulty with the optimal absorption of magnesium, mostly attributed to increased urination.

Alcohol abuse can cause a magnesium deficiency through a combination of all the factors listed above. Alcohol can potentially deplete magnesium in the body through an imbalance of the gastrointestinal flora, dehydration, compromised immune system and disrupted sleep.

Magnesium is required for many biological processes in the body but many people do not reach their required intake through food. You can improve the situation by consuming more foods that are high in magnesium such as the ones listed below:

Dark chocolate contains a high percentage of magnesium and other minerals. It also contains antioxidants. Preferably choose a product that contains at least 70 % cocoa solids.

Nuts are not only nutritious but also very tasty. The types of nuts that contain lots of magnesium are almonds, Brazils and cashew nuts. Most nuts are also good sources of fibre and selenium.

Avocados are amazingly nutritious and a delicious source of magnesium. They are rich in potassium; B vitamins and vitamin K and one medium avocado can provide almost 15% of your daily magnesium requirement.

Legumes such as lentils, beans, chickpeas, peas and soybeans are magnesium-rich foods.

Tofu is prepared from soybean curd. Not only is it rich in magnesium but also a valuable source of protein.

Most seeds are rich in magnesium. Pumpkin seeds, chia and flax are good sources.

Whole grains (wheat, oats and barley) are not only good sources of fibre and selenium but also of magnesium.

Fatty fish such as salmon, mackerel and halibut are valuable sources of magnesium.

Leafy greens with a substantial amount of magnesium are spinach, kale and mustard greens.

Bananas are known to be rich in potassium but are also a good option for magnesium.

Magnesium is a safe and required element of our daily diet whose ability to contribute towards optimal health is explained simply by observing one of the primary causes of poor health—a body functioning in deficit.

Research is ongoing regarding the biochemical processes that can malfunction as a result of magnesium deficiency. Scientists have known for decades that magnesium is an essential mineral vital to good health. Creating awareness of the possibility of a deficiency and natural food sources of magnesium is the first priority. Since most people do not follow a diet containing enough magnesium-rich food on a daily basis, supplementation is a good option, especially amongst the elderly and if you have type II diabetes or any gastro-intestinal disease.

9 Signs You Have Magnesium Deficiency and How to Treat It  Dr Josh Axe, DC, DMN, CNS