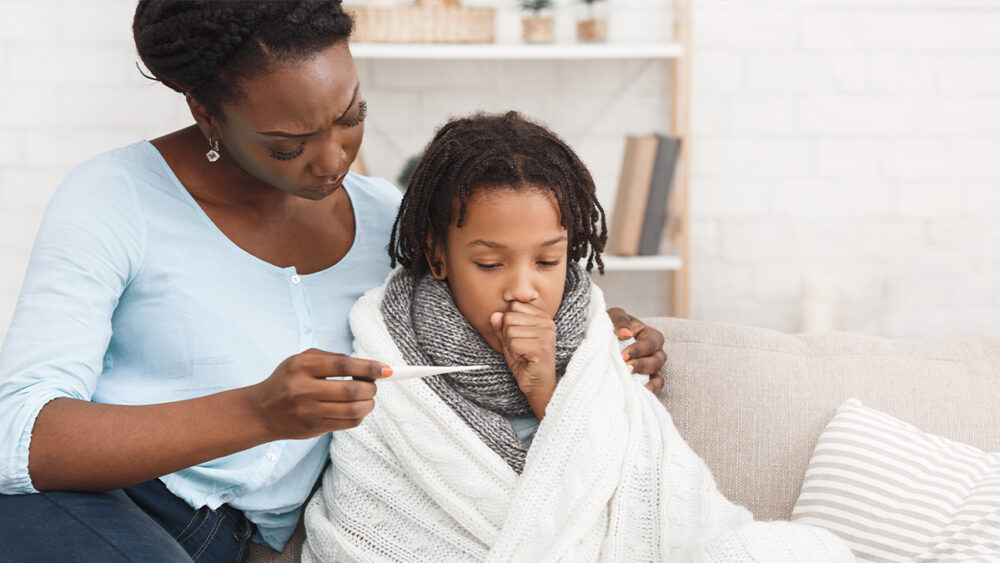 In South Africa, eight children under the age of five die every hour from a preventable disease, according to the United Nations Children’s Fund (UNICEF). Although the country has taken big steps to decrease the predicament of its children, child mortality rates are still a big concern, says Macharia Kamau, the head of UNICEF South Africa.

The child mortality rate of South Africa fell gradually from 72.5 deaths per 1,000 live births in 1998 to 37.1 deaths per 1,000 live births in 2017. During the newborn period, almost one-third of infant deaths under the age of five occurs. Diarrhoea, pneumonia and HIV infection remain the most significant causes of death outside the newborn period. South Africa has also established the need to cover the level of routine childhood vaccinations. Government health services are free for children under the age of five, as well as for pregnant and breastfeeding woman. The country has made significant progress in improving its health sector. More than 4,000 clinics across the country have been established to expand the accessibility to primary healthcare. Outstanding progress has been made to increase the availability of antiretroviral (ARV) treatment. One of the major contributors to child death is malnutrition, but the number of birth defects have been reduced by more than a third due to a national food fortification programme that was implemented. South Africa is working on improving the state of the country’s health, especially focusing on childhood preventable diseases. Due to the lack of knowledge by mothers and/or the incapacity to vaccinate their children, thousands of children die each year. Childhood disease must be taken seriously. Here are examples of diseases that can be prevented through vaccinations.

Measles is caused by a virus. It is a highly contagious respiratory disease that can result in serious health complications. Pneumonia, encephalitis (swelling of the brain), and even death is a reality, if measles is not treated. Rubella is a viral infection that affects unvaccinated children and young adults.

This viral infection is easily preventable with a vaccine and very important for small children because they are more prone for it to become very serious.

Measles spreads through the air by respiratory droplets produced from coughing or sneezing. It will take about 10-14 days for the symptoms to appear after exposure. Symptoms can be anything from a runny nose, cough, fever, sore throat, inflamed eyes and a red, blotchy skin rash that is constantly itching. Once a measles infection has been recognized there is no treatment to get rid of it, that is why a vaccine is so important. Only over-the-counter medication can provide relief for the symptoms.

It can be spread by airborne respiratory droplets (coughs or sneezes), by saliva (kissing or shared drinks), by skin-to-skin contact (handshakes or hugs), by touching an infected surface (blanket or doorknob) or even during pregnancy from mother to baby.

Each year, about 200,000 children used to get whooping cough. This number has significantly been decreased due to vaccines.

Whooping cough is caused by bacteria. The name came from the “whoop” sound people make after coughing fits.

Whooping cough can be spread very quickly and easily from person to person. Most people who have whooping cough possibly do not even know that they are spreading it, because it usually only starts off as a cold.

Whooping cough can be deadly and can have dangerous complications especially for babies. Pneumonia (lung infection), convulsions (uncontrolled shaking), and brain damage are just a few examples of complications. Therefore, it is crucial for pregnant woman to get vaccinated and for people who spend time with babies are up to date on their whooping cough vaccine. Getting vaccinated is the best way to prevent whooping cough.

There are 2 vaccines that provide protection against whooping cough:

The Tdap vaccineprotects preteens, teens, and adults from tetanus, diphtheria, and whooping cough.

The early symptoms of whooping cough include runny nose, mild cough, low fever, apnea (a pause in breathing) in babies. Whooping cough can take up to 10 weeks or more to resolve.

Incontinence (loss of bladder control) and broken ribs are other complications of whooping cough.

Whooping cough can easily be spread by a person who coughs or sneezes and is close to other people, like when they’re holding a baby.

Mumps is a viral infection that primarily affects saliva-producing (salivary) glands that are located near your ears. It usually affects people and children that aren’t vaccinated and are in contact with other people in close environments, like schools or colleges. Mumps can cause swelling in one or both of your salivary glands.

There is no specific treatment for mumps. Although hearing loss can be a serious complication, it is rare.

Initially mild symptoms or even no symptoms can occur for some people who are infected with the mumps virus. After being exposure to the virus, the symptoms usually can appear about two to three weeks afterwards.

Swollen salivary glands are the primary sign of mumps and it causes the cheeks to puff up. Other signs and symptoms could be: pain in the swollen salivary glands on one or both sides of your face, pain while chewing or swallowing, fever, headache, muscle aches, weakness and fatigue and loss of appetite.

If you or your child has signs and symptoms of mumps, please consult your doctor as soon as possible. Mumps is highly contagious for about nine days after symptoms appear. Inform your doctor’s office that you suspect mumps before you go in, so that they can arrange to accommodate you for the consultation, to avoid spreading the virus to others in the waiting room.

Most people have immunity to mumps once they’re fully vaccinated. The mumps vaccine is normally given as a combined measles-mumps-rubella (MMR) inoculation, which contains the safest and most effective form of each vaccine. Before a child enters school two doses of the MMR vaccine are recommended. The vaccines should be given when a child is between the ages of 12 and 15 months old and between the ages of 4 and 6 years old.

Chickenpox is an infection caused by the varicella-zoster virus. It is very contagious to anyone who hasn’t had the disease or has not been vaccinated against it. If you come into direct contact with the rash, it can spread to you but also when a person with the chickenpox coughs or sneezes and you inhale the air droplets. It causes an itchy rash with small, fluid-filled blisters.

About ten to twenty days after exposure to the chickenpox infection, symptoms like the itchy blister rash will appear. It usually lasts for about five to ten days. Fever, loss of appetite, headache, tiredness and the general feeling of being unwell are other signs and symptoms which can appear a day or two before the rash appears.

Once the chickenpox rash appears, it goes through three phases:

For several days new bumps can continue to appear. It is also possible that you may have all three stages of the rash — bumps, blisters and scabbed lesions — at the same time. The virus can easily be spread to other people for up to 48 hours before the rash even appears. It also remains contagious until all the broken blisters have crusted over.

For healthy children, the disease is generally mild. Vaccination is the best and safest way to protect children against chickenpox and its possible complications. In severe cases, the rash can cover the whole body, and lesions may form in the throat, eyes, and mucous membranes of the urethra, anus and vagina.

If you think you or your child might have chickenpox, consult your doctor immediately. Chickenpox can usually be diagnosed by examining the rash and considering other symptoms. Medication can be prescribed by your doctor to lessen the severity of chickenpox and treat complications, if necessary. Call the reception prior to your appointment and mention that you or your child might have chickenpox so that arrangements can be made to avoid infecting others in the waiting room.

It is also important to inform your doctor if the rash has spread to one or both eyes. Also, if the rash gets red and warm or tender it could indicate a secondary bacterial skin infection. If you have experienced dizziness, disorientation, shortness of breath, rapid heartbeat, tremors, loss of muscle coordination, worsening cough, vomiting, stiff neck or fever higher than 38°C along with the rash, please inform your doctor as well. It is also important for your doctor to know if anyone in your household struggles with their immune system or is younger than 6 months.

When women are infected with chickenpox early on in their pregnancy, it is common for babies to be born with low birth weight and limb abnormalities. Unfortunately, when a mother is infected with chickenpox in the week before birth or within a couple of days after giving birth, her baby has a higher risk of developing a serious, life-threatening infection.

Talk to your doctor about the risks to you and your unborn child if you’re pregnant and not immune to chickenpox.

The best way to prevent chickenpox is the varicella vaccine. Experts from the Centers for Disease Control and Prevention (CDC) evaluated that the vaccine provides complete protection from the virus for nearly 98 percent of people who receive both of the recommended doses. When the vaccine doesn’t provide ample protection, it significantly reduces the severity of chickenpox.

Is it safe and effective?

Parents are usually concerned about whether vaccines are safe. Since the chickenpox vaccine has become available, it has consistently been found through studies that it is safe and effective. Some mild side effects can appear. It can normally include redness, soreness, swelling and, seldom and small bumps at the site of the shot, but it will ensure that you or your child won’t have to experience chickenpox.