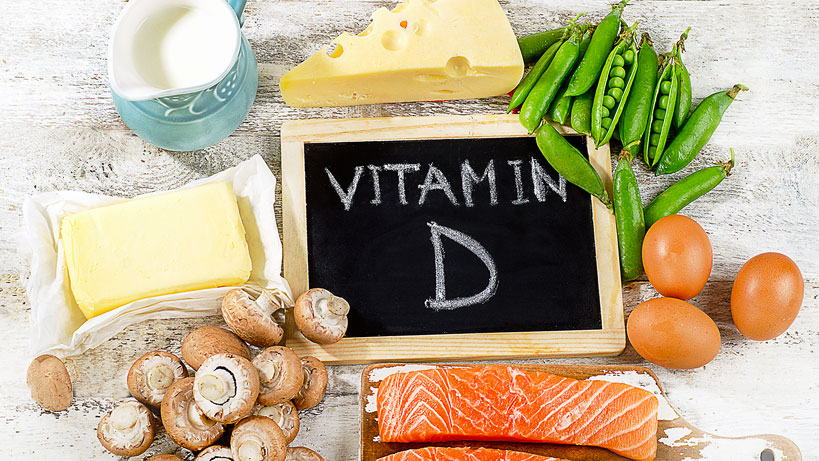 We are blessed with a wonderfully comfortable climate in South Africa, and in this sunny and warm weather there has not been an immediate threat or need to look at this sunshine vitamin more closely. However, its importance should not be disregarded, especially since we are now less likely to get enough sunshine due to lockdown.

Vitamin D, although its name suggests otherwise, isn’t really a vitamin because it is not an essential dietary element. Vitamin D is actually a prohormone that is synthesised by the skin when exposed to ultraviolet B (UVB) sunrays – hence the name ‘sunshine vitamin’. However, if we get insufficient sunshine exposure, vitamin D deficiency is common, and it may cause a wide range of health problems.

Something that might make vitamin D even more confusing is its different forms, for example, vitamin D2 (ergocalciferol) and vitamin D3 (cholecalciferol). Mainly, vitamin D2 is produced and used to fortify foods (additives that makes certain food products more nutritious), while vitamin D3 is synthesized in the skin and naturally available in some animal-based foods. Over the counter, commercially manufactured supplements may contain either form, since these two forms have identical metabolism and function, “vitamin D” is used to refer to both D2 and D3 unless specified.

Even though vitamin D is obtainable through nutrition and supplements, sun exposure is the most significant source for most people. That is why there is concern due to lockdown and winter. With less sun exposure the problems individuals could face are quite serious. Vitamin D probably most well-known as an essential component in bone maintenance. There are many and quite complex processes that take place specifically in the intestines and kidneys to maintain this perfect balance (also called homeostasis). Initially how this link was first observed was when Polish physician, Jerdrzei Sniadecki, realized that rickets, the bone-softening disease in children, could be prevented and cured with sunlight. Since this discovery, vitamin D has been recognised as a crucial part of calcium-phosphorus homeostasis and consequently, bone health.

Since there are several vitamin D receptors in the body, it is apparent that this nutrient has numerous other functions as well. For instance, vitamin D influences up to 5% of the genes in the human genome. Additionally, 200 – 600 genes are primary targets for vitamin D (these genes are directly involved with vitamin D receptors). This means that vitamin D may increase or decrease the expression of a target gene.

Over and above the genetic influences, vitamin D receptors are found in many cell membranes, including those in the brain, gonads, skin, vascular smooth muscle, and immune system.

These are a few ways in which vitamin D appears to maintain health:

It is not only diet and sun exposure that affects vitamin D levels, other factors related to health and a healthy lifestyle influence it too. For example, decreased levels of vitamin D have been observed in people with metabolic syndrome (particularly looking at HDL cholesterol and waist circumference). Also, higher vitamin D levels have been observed in individuals who didn’t smoke, had normal blood pressure and serum lipid levels (blood fats) and who did not abuse alcohol.

There are also a few interesting factors that affect our vitamin D status that might not be in our control. For example, is the individual’s age (as the skin ages, its ability to produce vitamin D when exposed to sunrays diminishes). Also, those with a naturally darker skin tone require up to five times longer sun exposure to produce the same amount of vitamin D in the skin as do those with a very fair skin tone.

For people, sunlight is the most efficient source of vitamin D. However, due to the risk for skin cancer with excess sun exposure people are advised to wear sunscreen while outside which significantly decreases the amount of vitamin D produced by the skin. To put it in perspective, using an SPF 30 sunscreen reduces the body’s ability to synthesize vitamin D by at least 95%. 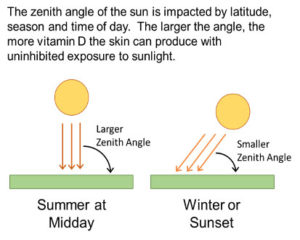 Make sure you get enough sunlight during the day but if it’s not possible, put your mushrooms in the windowsill to synthesize vitamin D on your behalf.