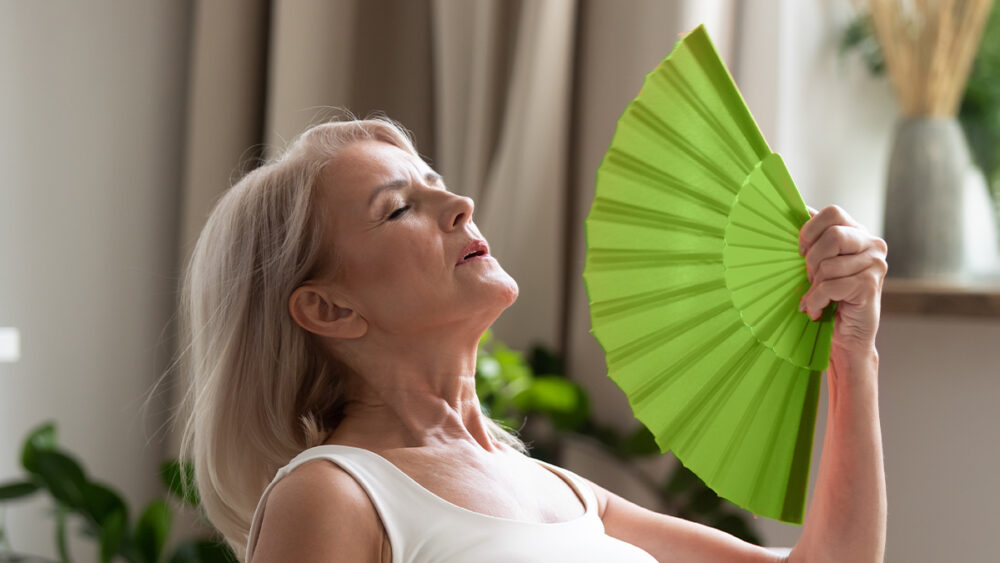 Menopause can be a daunting experience. Especially if you don’t know what is happening in your body, or if you’re not prepared for the changes that are occurring.

So, what is menopause exactly?

Menopause normally occurs between the ages of 48 and 55. In essence, menopause is when a woman stops menstruating, marking the end of her reproductive cycle. The ovaries no longer release an egg and this also leads to a disruption in the production of the hormones oestrogen and progesterone. The process is gradual and is divided into 3 stages:

In the years leading up to menopause, the ovaries will produce less oestrogen and this stage lasts up until menopause. The drop in oestrogen production is more severe in the year leading up to the start of menopause and women will start to experience symptoms.

Menopause occurs once the ovaries have stopped releasing eggs and producing (for the most part) oestrogen for 12 consecutive months (1 year).

In the years following menopause, most of the symptoms normally dissipate, but women experience more health risks due to the loss of oestrogen production.

Should menopause occur before the age of 40, either naturally or as a result of surgery, chemotherapy or autoimmune disorders, it is referred to as premature menopause. If it occurs due to surgery or damage to the ovaries through chemotherapy or radiation it is called induced menopause.

Total or partial hysterectomy is mainly used as treatment for uterine fibroids (growths that cause pain and irregular bleeding), endometriosis, a prolapsed uterus (the sliding of the uterus from its normal position into the vaginal canal), or cancer of the uterus, cervix or ovaries.

Common symptoms of menopause include the following:

Some woman may not experience all or even most of the symptoms mentioned and the severity of symptoms will also differ from woman to woman.

As mentioned previously, due to the loss of oestrogen, women will be at a higher risk for osteoporosis, heart disease, decreased muscle tone and skin elasticity, bladder and digestive problems and Alzheimer’s disease.

It is very important for women going through or who have gone through menopause to supplement their diets and lifestyle with vitamins and minerals as well as regular exercise. The most important of these are the following:

As oestrogen plays an important role in skeletal support and bone density, the decrease in the production of this hormone puts women at risk for osteoporosis. Osteoporosis is the leading cause of hip, wrist and spine fractures in elderly women. A daily calcium and magnesium supplement is required to prevent osteoporosis as there is no cure. Along with a good calcium supplement, it is also necessary to take vitamin D, as 74% of elderly people are deficient. Vitamin D is required for the absorption of calcium in the body.

As the decrease of oestrogen leads to the loss of skin elasticity, it is important to take Vitamin C daily as it is a building block of collagen in the body. Collagen is prominent in the skin, so increasing your intake of Vitamin C may improve and maintain skin elasticity and keep those wrinkles at bay.

Menopause is a natural occurrence (whether or not you approach it naturally or it happens a little earlier than expected). It is important to take care of our bodies, especially as we get older. That is what we ladies refer to as aging gracefully.